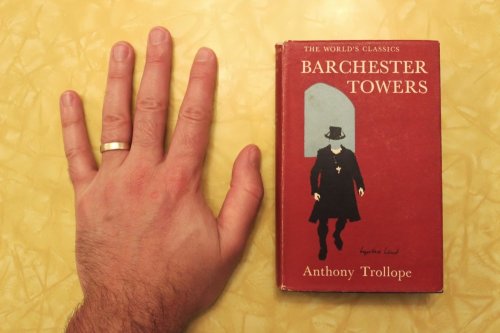 Barchester Towers by Anthony Trollope, in a choice Oxford World’s Classics pocket edition (hand shown for scale), nearly pristine, dust jacket unbesmirched, printed in 1960. This wee treasure I picked up at a bookshop in San Jose, browsing while my father looked over some unwrapped Egyptian mummies at the museum in nearby Rosicrucian Park. The whole Barsetshire series was available, and I regret not buying them all, but for reading copies I prefer the more recent Oxford edition with illustrations by Edward Ardizzone.

But what’s this? Undress the book a little (open its cover, I mean), and see what you find: 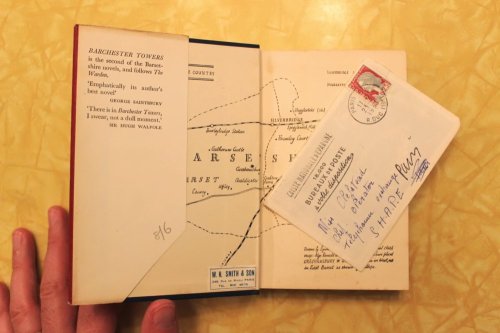 First of all, note the sticker at lower left: “W.H. SMITH & SON 248 Rue de Rivoli PARIS.” Printed in the UK, this book was sold across the Channel. Since the days of Reverend Yorick’s sentimental journey, the English have been rushing off to France to forget their virtue. We’d better take a look at that letter. 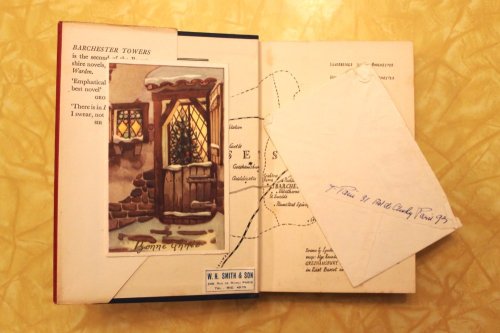 Bonne année to you too. A festal occasion, a candlelit interior. Pour the wine already! 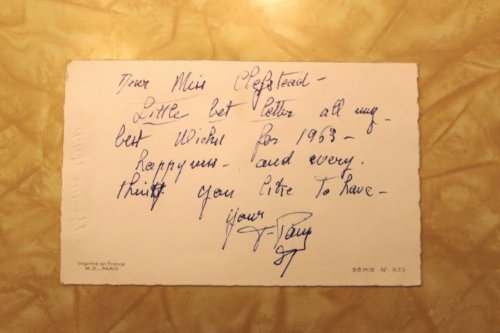 The letter appears to have been written by someone with an imperfect command of English, or else we have an illicit communication drafted in some secret lover’s code. The note reads:

Suspicious, I think. On the same day I found these: 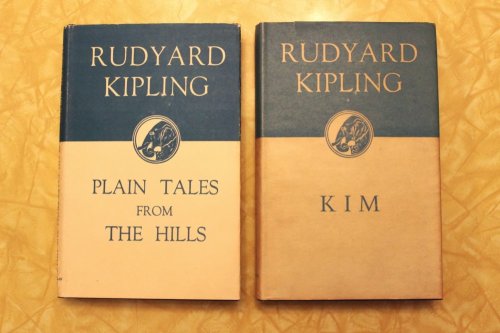 Two 1960, Printed-in-Great-Britain Macmillan & Co. uniform pocket editions of Kipling’s Plain Tales of the Hills and Kim. The dust jackets are showing some of their fifty-three years, but the paper inside is acid free and white as new snow. The mysterious Miss Clefstead seems to have owned these as well, since, according to the stickers inside, they too were purchased at W.H. SMITH & SON Rue de Rivoli PARIS. 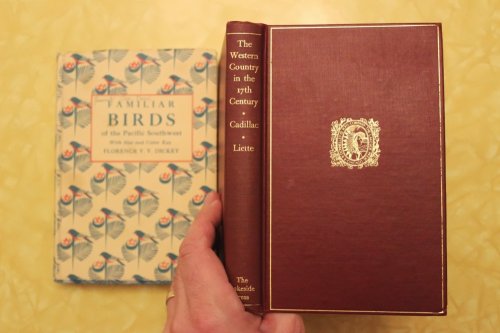 The family and I recently visited The Bone Room in Berkeley (mentioned before), where I almost bought a three-foot-long gemsbok horn for $50 but settled instead for a curious seashell and a swallowtail butterfly encased in Lucite. After brunch at a nearby café, the wife suggested we run to Moe’s Books on Telegraph. That’s where I got my hands on these two: a handsome 1947 Lakeside Press edition of the memoirs of Cadillac and Liette, and Familiar Birds of the Pacific Southwest by Florence Van Vechten Dickey, Stanford University Press (sixth printing, 1958).

Having not long ago finished the third installment of Francis Parkman’s classic history of the French in North America, I’m looking forward to the Lakeside Press book. Florence Van Vechten Dickey’s little volume, however, is especially lovely when you open it: 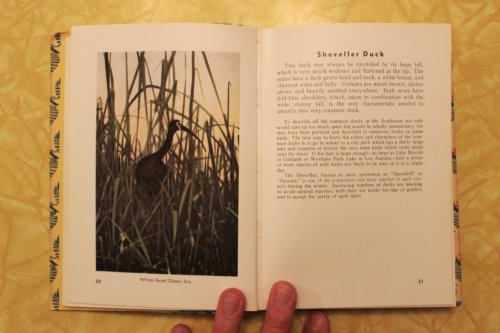 The book was originally published in 1935 and the photographs seem to be from that era, with some added hand-coloring. 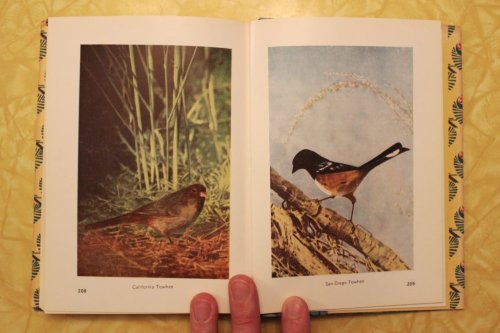 F.V.V.D was wife to ornithologist Donald Ryder Dickey and she wrote this book with the same popularizing goal that Roger Tory Peterson had when he published his own field guide the year before. F.V.V.D’s San Diego towhee (Pipilo maculates, which she also calls the “swamp robin”) is what we call the spotted towhee today. I saw one myself once, in the hills not far from here, though F.V.V.D seems to believe its range extends only southward from Santa Barbara. 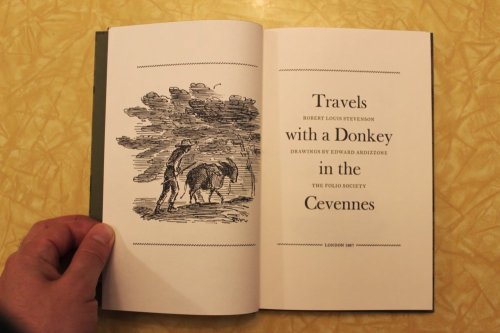 I bought this at Moe’s too, a Folio Society edition (1967) of Robert Louis Stevenson’s Travels with a Donkey in the Cevennes, illustrated by Edward Ardizzone (which brings this post full circle, I think, since I mentioned him up top). I’m saving it for a rainy day’s pleasure reading sometime this winter.

Ardizzone’s style of illustration, though a bit more domesticated, reminds me of Mervyn Peake’s. The two shared things in common. Both were born overseas to British parents, Ardizzone in Tonkin, Peake in China. Both wrote and illustrated children’s books. In WWII, Ardizzone enlisted as a war artist. Peake applied to do the same but was denied and conscripted into the Army instead. I don’t know if they were personally acquainted with each other. 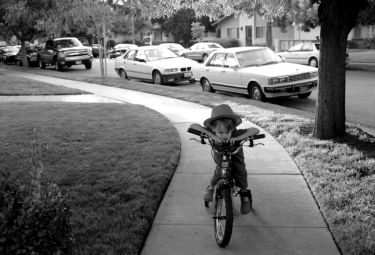 The vastest things are those we may not learn,
We are not taught to die, nor to be born,
Nor how to burn
With love.
How pitiful is our enforced return
To those small things we are the masters of.