From the Desk of Answer Man: New Year’s Resolutions 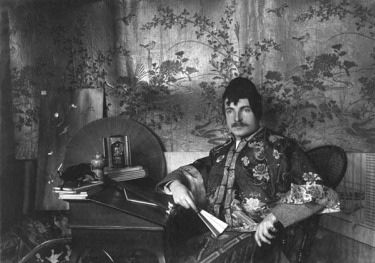 All my friends are making New Year’s resolutions. Where did this custom come from? Have you made any resolutions for the new year?

Contrary to vulgar belief, New Year’s resolutions were invented (by a royal of Denmark, I think) to provide you and me with a convenient excuse NOT to do something – or, as the case may be, not to not do something, which in practice means to do something that you wanted to do all along. Think about it. If you’re only held to account once a year, it’s easy enough to blow it in the first few days. You’ve resolved to eat no chocolate this year? Oops, it’s the sixth of January and you just ate a delicious chocolate chip cookie which you baked by accident. Don’t worry, there’s always next year. It’s only 359 days away.

See how that works?

Well, that’s one way of answering your question. Here’s another: New Year’s resolutions were invented to guarantee us the pleasure of failure at least once per annum. Because, really, failure is a species of pleasure, quite different from success, and more acute and satisfying the more our failure is total. This explains why it’s a good idea to set yourself a high goal when crafting a New Year’s resolution. Make it, in fact, a stratospherically lofty goal.

Which brings us to your second question, about my own resolutions. As I informed my wife on New Year’s Eve (after a couple gins), my original New Year’s resolution for 2011 was: ‘To have sex with all my favorite Hollywood stars.’

She laughed at this.

It occurred to me while shaving next morning that she probably thought I was making it too hard on myself. I considered myself in the mirror for several minutes. Yes, I decided, she’s right: I am a handsome devil. I wasn’t setting myself an ambitious enough goal for the year. I was far too likely to succeed and would inevitably find myself at year’s end without the toe curling pleasure of the failure I desired. What a thoughtful, supportive wife.

‘Darling,’ I said over a late brunch of eggs and coffee, ‘you were right to laugh at my resolution last night. To sleep with all of my favorite Hollywood stars! What was I thinking? But I’ve thought better now and made a revision. Here it is. Over the course of the next twelve months, I hereby resolve (inshallah) to politely – but firmly – decline sexual overtures from all my favorite Hollywood stars.’

I tell you, Miss Less, I’m already in ecstasies over my certain failure this year.