Most human things have their phases of the ludicrous…

~ Francis Parkman, La Salle and the Discovery of the Great West

Reading the news most days will tempt you to conclude that humanity itself just is the ludicrous phase of the universe.

Not long ago there was a story in the news about a woman who turned up a decade or more after mysteriously disappearing. Her husband and children had come to believe she was dead, but here she was alive all this time a few hundred miles away. She’d left on a whim, when some passing travelers invited her to join them on the road to Florida, and she never contacted her family. Similarly, my great-grandmother’s father walked out on his wife and daughters, though he went in the opposite direction. It was the early 1900s and he supposedly marched off to hunt gold in the Yukon, never to be heard from again.

Behavior of this sort holds no appeal for me personally. I am a homebody and a family man. The theme of sudden, unannounced departures recurs with some frequency in my reading, however. I recently read Georges Simenon’s Monsieur Monde Vanishes, about a man who leaves one morning for his office in Paris but who boards a train for the Mediterranean instead. My favorite H.G. Wells book, The History of Mr. Polly, involves something similar. ‘Wakefield,’ one of Nathaniel Hawthorne’s short stories, follows the same pattern.

Some high school student or college freshman could write a term paper comparing the French, British, and American treatment of the theme. Monsieur Monde seems to be after something like integrated personhood. Mr Polly, in a way, wants romantic heroism. Both involve the creation of new social ties. Hawthorne’s story is the most disturbing, I think, because Wakefield seems to want nothing. He is swallowed up in utter isolation. “By stepping aside for a moment,” Hawthorne writes, “a man exposes himself to a fearful risk of losing his place forever… He may become, as it were, the Outcast of the Universe.”

He was lucid, not with an everyday lucidity, the sort one finds acceptable, but on the contrary the sort of which one subsequently feels ashamed, perhaps because it confers on supposedly commonplace things the grandeur ascribed to them by poetry and religion.

I used to experience moments of similar lucidity late at night or walking alone in the afternoon. In my twenties these moments came once or twice each week. Aha! (I would say to myself) There it is again! Hold it tight! But what was it exactly? It was the one bright, thrilling, unutterable thing I knew I must always repeat to myself so as never to forget it, and then seconds later it was gone.

He grew the mustache to distract from his girlish hands.

Promotional card for ‘Oxygenaqua,’ circa 1880s.

If your epidermis were covered in taste buds, like the catfish, your clothes would become unpalatable before they became unfashionable. You would always eat dinner with your hands. You would distinguish between rain showers that were sweet, savory, sour or bitter.

My seven-year-old daughter recently asked me to write her a story, the only stipulation being that it should involve cats. Cats mean a lot to her. I’ve already mentioned her hand-made field guide to cats in the neighborhood, with illustrations, written descriptions, and names that she’s assigned to each.

One day last week she was struggling on her roller skates. Her brother gave her some grief about it and she began to cry. Curiously, while crying, her skating technique improved. When she stopped crying I pointed this out and told her she ought to think of something sad again. “Think of baby kittens,” I said, “with tears running down their cheeks.”

This is how fathers come to be despised by their children. After twenty seconds of shocked silence, the proverbial floodgates opened and she was bawling so hard she could barely stand, much less skate. I assured her that cats don’t really cry the way people do. “It’s just so sad!” she said. “The poor kittens!”

I’m trying now to repair this trauma by writing the requested story, which is quickly turning into a chapter book. My heroine, Phoebe Furbright, is a young cat with a socially unacceptable career goal: to become an ornithologist. Her father, despite the fact that he works in an office and has never so much as scratched a bird in his life, believes her aspirations contrary to cat nature. Birds, he says, are not for studying, but for stalking and killing!

And so on. This is fun writing. After recently finishing my novel and getting no response from the agents I’ve queried so far, I was feeling down and wondering if fiction just wasn’t my bag. In fact, I don’t read much fiction these days, which is perhaps awkward for an aspiring novelist.

If I had my education to do all over again, I suppose I would study biology in college rather than English and philosophy. Then I would do a graduate degree in ornithology, with the goal of working, say, for the National Park Service. Add books, of course, and I think it would be a fine life.

My daughter is discovering an interest in birds. For years now my son has wanted to be a herpetologist, in order to study venomous snakes and Galapagos tortoises – and he’d convinced his sister that she should do the same. But she recently had a close encounter with a hawk that’s made her reconsider. I wasn’t there when she saw it, but she wrote me the following report:

“We saw a hawk right up close and I walked under it and it looked straight down at me. After a while it flew away. Things I noted about the hawk: A white speckled front coat. Big yellow eyes. Long brownish red wings. A curved yellow beak!”

Patrick Kurp recently directed his readers to a Theodore Dalrymple essay about owls – or, rather, about a book about owls. Dalrymple writes that prior to reading this book he had forgotten that owl pellets were produced by regurgitation. He describes memories of dissecting owl pellets in school. I seem to have the same memories, though I can’t place the year or classroom in which this might have occurred. Perhaps I was at camp.

Dalrymple writes that a pair of tawny owls like to vociferate on summer nights from a tree near his home in France. “I never tire of listening to them,” he says. “I also never see them, and so their lives are a closed book to me.” Personally, I can’t imagine hearing owls nearby and not immediately running out to locate their nest and get a look at them.

A short walk from where my parents live there’s a nest of great horned owls. My father, anyway, claims to have seen two of them. Whenever I visit there’s only one. It likes to sit in the crook of a branch about thirty feet up, just below the nest. We spy on it awhile with our binoculars, and the owl watches us too. Then I hunt up owl pellets in the grass below to see what it’s been eating.

I’m curently reading Washington Irving’s A History of New York, a book which a month ago I didn’t know existed, but which I’ll never again be able to live without. It’s the best, funniest thing I’ve read all year, downright Shandean, and I’ll be recommending it to all my friends. Irving does, however, rather unfairly (I think) malign owls.

“There are two opposite ways by which some men get into notice,” Irving reports, “one by talking a vast deal and thinking a little, and the other by holding their tongues and not thinking at all. By the first, many a vapouring, superficial pretender acquires the reputation of a man of quick parts – by the other many a vacant dunderpate, like the owl, the stupidest of birds, comes to be complimented, by a discerning world, with all the attributes of wisdom.”

I don’t expect this is very fair to owls, but it’s certainly possible (for all I know) that they are relative dunderpates when compared, say, to corvids. It’s a question, perhaps, for Phoebe Furbright to look into. 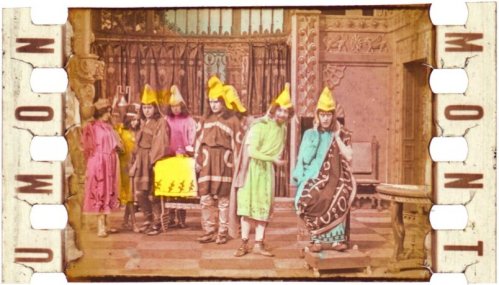 You can ignore them, not laugh at their jokes, and cover your ears when they speak to you, but some people never get the hint.

Others advocated the great elementary theory, which refers the construction of our globe and all that it contains, to the combinations of four material elements, air, earth, fire and water; with the assistance of a fifth, an immaterial and vivifying principle; by which I presume the worthy theorist meant to allude to that vivifying spirit contained in gin, brandy and other potent liquors.

Some days it’s only that mysterious fifth element which keeps old chaos at bay. No sooner had I come home from work yesterday than the beloved spouse informed me that I was required to pour the vivifying principle in the form of gin into two glasses of ice, cucumber and superior tonic water. The results managed to hold the world together for yet another night.